Full steam ahead for Unique at Great Central Station 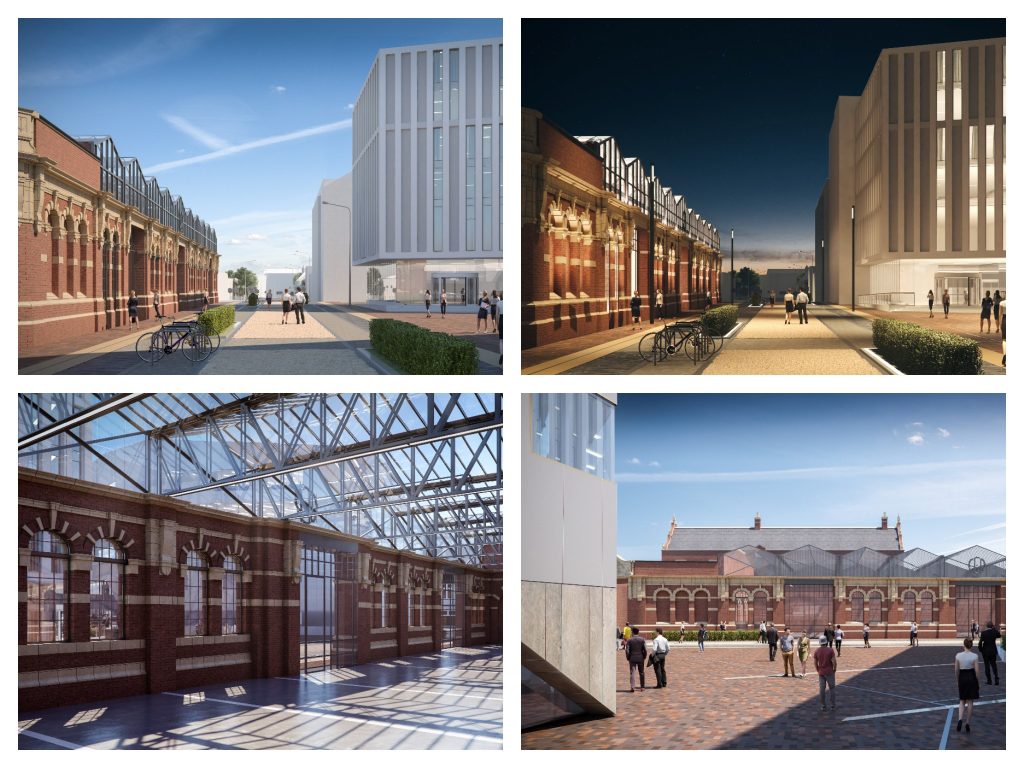 Unique Window Systems have secured a prestigious contract to design, supply and install our Tufacade curtain walling system as part of the large-scale refurbishment of Great Central Railway Station in Leicester.

Leicester Great Central Railway Station has been vacant for nearly 50 years and Unique Window Systems are delighted, as a Leicester-based company, to be contributing to the restoration of one of the city’s most historic monuments.

Originally completed in March 1899, the station was part of the Great Central Railway’s London Extension linking Nottingham with Marylebone in London. Upon the nationalisation of the railways in 1947 the Great Central passed from the control of the London & North Eastern Railway into the newly created Eastern Region of British Railways, and then to the London Midland Region in 1958.

The line was regarded by its new operators as an unnecessary duplication of existing North-South routes, and services began gradually to be run down, with the line fully closed in May 1969.

The station buildings, although run down, remained largely intact and are now set to be part of a £50 million regeneration of the waterside area. The arches are set to be converted into shops and will be a significant addition to Leicester’s large scale pedestrianisation plans.

Email us at sales@uws.co.uk or call 0116 236 4656 to speak to one of our expert team to discuss a project, or visit Commercial to see our previous work.

This website uses cookies to improve your experience while you navigate through the website. Out of these, the cookies that are categorized as necessary are stored on your browser as they are essential for the working of basic functionalities of the website. We also use third-party cookies that help us analyze and understand how you use this website. These cookies will be stored in your browser only with your consent. You also have the option to opt-out of these cookies. But opting out of some of these cookies may affect your browsing experience.
Necessary Always Enabled
Necessary cookies are absolutely essential for the website to function properly. These cookies ensure basic functionalities and security features of the website, anonymously.
Functional
Functional cookies help to perform certain functionalities like sharing the content of the website on social media platforms, collect feedbacks, and other third-party features.
Performance
Performance cookies are used to understand and analyze the key performance indexes of the website which helps in delivering a better user experience for the visitors.
Analytics
Analytical cookies are used to understand how visitors interact with the website. These cookies help provide information on metrics the number of visitors, bounce rate, traffic source, etc.
Advertisement
Advertisement cookies are used to provide visitors with relevant ads and marketing campaigns. These cookies track visitors across websites and collect information to provide customized ads.
Others
Other uncategorized cookies are those that are being analyzed and have not been classified into a category as yet.
SAVE & ACCEPT
Powered by